Ensuring quality education for all

Though there has been a prolonged development campaign surrounding free and compulsory elementary education by the Government of India, the number of student dropouts from public schools has been alarmingly high. Infrastructural handicaps, poor sanitation facilities and lack of hygiene have been the drivers of poor student turnout resulting in high levels of illiteracy among several socio-economically backward classes who cannot afford private education alternatively.

Over the past 10 years, Bala Vikasa has been working relentlessly in raising the standards of public education through several multi-level interventions that are aimed at bridging the gaps existing in the state-run education system. A sustained and diligent effort towards bringing students, teachers and parents on one platform, bringing about attitudinal changes and rallying them to make a united effort towards developing their local public schools has been the hallmark of Bala Vikasa’s education program.

By providing umpteen infrastructural, educational and functional aids, Bala Vikasa has created an extremely enabling learning environment in nearly 500 schools besides running an outstanding campaign to promote a cleaner, greener and healthier environment 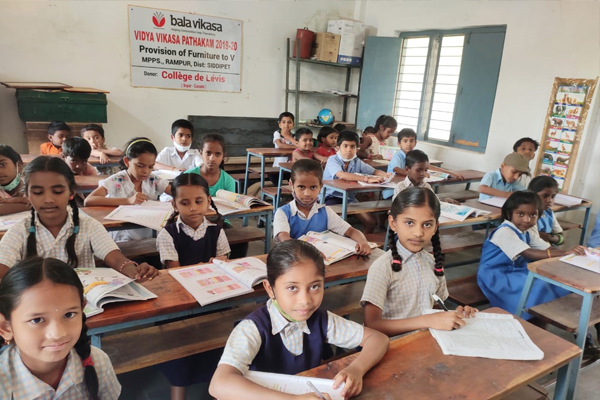 Improved infrastructure of schools led to better academic atmosphere for students and faculty, improvement in confidence levels of students who were better prepared for exams, more efficient teaching methods led to better retention and understanding of lessons, noticeable improvement in students’ performance in class assignments and tasks, teachers able to explain complex topics and concepts using digital education tools, reduction in absenteeism and higher levels of teacher-student interaction and clean, green and inviting school premises with all basic facilities required by students